Our Isle of Man location

The Isle of Man has a well-established and successful financial services sector and should be top of any prospective investors list.

An enviable record of political stability

Friends Provident International is incorporated in the Isle of Man. The island is located in the middle of the Irish Sea, roughly half way between England and Ireland and is part of the British Isles. The island is a self-governing, protectorate of the British Crown, with a high degree of legislative and political autonomy, enacting its own laws and tax system, independent of the UK.

It is not part of the United Kingdom, or a member of the European Union, and it has an independent legal system that follows English law. The head of state is King Charles III.

The Government of the Isle of Man is a parliament called Tynwald and has operated continuously for over 1,000 years, making it the oldest parliament in the world.

The island is an active member of the OECD and in 2017 retained its top ‘compliant’ rating for global tax transparency, one of only a handful of small offshore financial centres to achieve this rating.

The Isle of Man was an early adopter of the global Common Reporting Standard and fulfils its obligations to provide full automatic exchange of tax information globally. The Isle of Man won the prestigious International Finance Centre award at the 2021 International Investment Fund and Product Awards for the fourth time in 5 years.

The island’s principal regulator is the Isle of Man Financial Services Authority (IOMFSA), an independent statutory body responsible for the licensing and supervision of Isle of Man based banks, building societies, investment businesses, collective investment schemes and corporate and trust service providers.

In 2019, the IOMFSA introduced a new Conduct of Business Code designed to complement the Island’s existing regulatory framework and provide enhanced customer protection and greater transparency.

The IOMFSA is highly respected worldwide, and liaises closely with international colleagues to ensure those who choose the Isle of Man for their finance products can be sure of the highest standards of support.

> Find out how our Isle of Man location provides customers with exceptional investor protection. 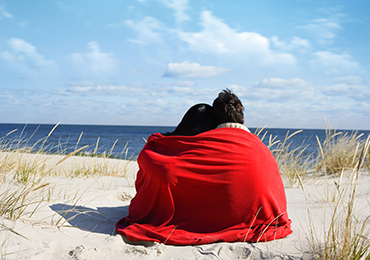 Customers choose our financial solutions as they allow them the freedom to get the most from life, to protect their loved ones and achieve the financial security they need. Find out more